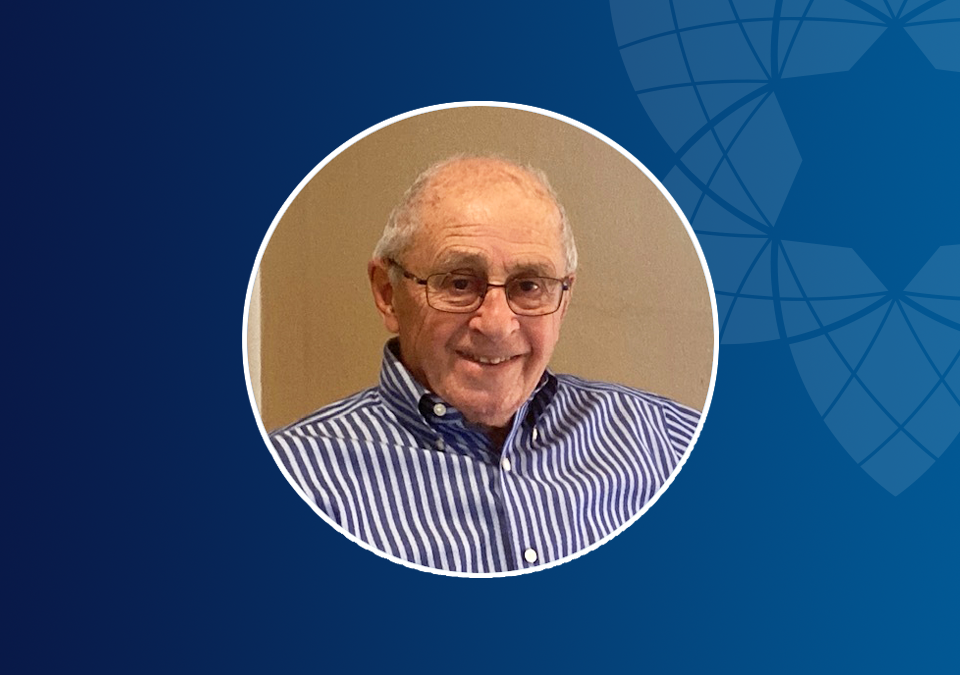 Did you have a personal connection to Sam Israel before joining the board?

My connection to Sam goes way back. Sam Israel is my mother’s brother, so we were very close. He was a bachelor who never married and as a result he was very close to my mother. He would come over every Friday for dinner or he would come over Friday afternoons and pick up dinner and take it home. I can remember from early childhood I had a relationship with Sam. I had relationships with all my other uncles as well, but they were all married, and they had their own children. The only other uncle that I had a close relationship with was my uncle Johnny. He had two children and he would include me in going to the zoo and things like that. But for us, it was Sam that we went hiking with, we went to his house on Mercer Island, and we helped him cut down trees. We did everything with him, so it was a close relationship.

Sam was considered a difficult man, but there is a very touching story about him when he was much older. In the 1980’s he purchased the Gatewood Hotel in downtown Seattle, and he didn’t realize it was basically a flophouse. The realtor said to him it’s a hotel with good cash flow blah blah blah, so he bought the hotel, and it was just fine until the hotel manager left and he was stuck with this hotel, and he didn’t know what to do with it. He closed it up, and the situation got even worse because vagabonds would just break in and occupy the rooms. He just didn’t know what to do. Eventually he reached out to several people in the downtown community and one of them was Ernie Sherman who was on the Pike Place Market Board. Ernie somehow or other got the Plymouth Housing to take over the building.

Meanwhile, as the situation was getting sorted out, Sam was in the newspapers a lot and he was called a slum landlord. He was very, very depressed because of the way he was being portrayed in the media, so King TV came out to his house in Soap Lake and interviewed him. That was really the most touching moment because he sincerely expressed how much sorrow he had for the dilemma there and how he never intended to hurt anybody, and he was just too far removed from the city to really understand and deal with the situation. That was a very touching moment. It really showed the human side of Sam and how he was very upset about what went on there for about four or five months until Plymouth Housing finally took over the property. It was a tough time for him.

Another story about Sam relates to how he very much regretted not having kids. He mentioned that a lot. He said he dated a lot of Sephardic girls, but nothing ever panned out. Sam always dressed beautifully with a tie, and nice shoes – his shoes were always shined – and really, he was a cool guy. One day he asked the father of this one girl he was dating if he could marry her and the father said “no, you can’t marry my daughter. My daughter is not going to marry an immigrant that doesn’t even know how to speak English correctly. She’s going to marry a doctor or something.” He got discouraged and he just never married. There were a lot of girlfriends, but he never married one because he didn’t think he was in their league. Much later in life, after he had a stroke, he talked to the girl he wanted to propose to. She was in a nursing home in San Francisco at the time. He told her she should come to Seattle, and he would marry her. She said “Oh, thank you Sam, but you know that can’t happen.”

What was your path to joining the Samis board?

I never really “joined.” We started the Samis Foundation back in the 1980’s. Sam was born in 1899 so he was in his 80s – it’s easy math! He knew then that he wanted his wealth to go towards supporting Jewish causes. It became his mission to start the foundation, so he tried to work with different attorneys to create it and none of them did the job that he wanted. He wanted everything in such and such a way, and it was legally impossible to do it his way! It was a problem until he was finally introduced to Irwin Trieger. Irwin and Sam got along right away because Irwin knew how to keep his mouth shut and not to preach to him so finally, we started Samis. You needed to have three board members for a Foundation; Sam was a board member, I was a board member and Irwin was a board member. That was it. So, I was a board member from inception and when Sam was unable to serve, we lost a board member, so Irwin and I picked Al Maimon as the third board member.

We would meet at my house once or twice a year to figure out what to do with the with the money in the Foundation. At the time we owned the Jones farm, which we still own, and the farm grew potatoes, so we would get one check a year from the sales proceeds. And then we had one other building, the Army Building, with a steady tenant. Those were the only two things in the Foundation generating income because Sam wanted to test out the concept and find out if it was really going to work the way he wanted it to. I would come out to Soap Lake after tax season and we’d sit down and I’d say, well Sam, the Foundation made around this much money last year, and he would say okay send $10,000 there and $10,000 there. I would go back to the office, write the checks and that would be it until the next year. It was as simple as that, and so the Samis Foundation didn’t get any real money until after his estate was closed, which was probably a year after he passed away, maybe longer than a year as it took a long time to probate the estate. So, there’s your answer as to how long I’ve been at Samis. It seems I’ve been here forever.

What positions have you held on the Board?

For me it was incredible just to see the way that Samis grew its property holdings and the Foundation. I enjoyed the evolution of how we operated the properties and developed them. It was a wonderful experience to see the growth of the Foundation over the years. A turning point was when we hired an asset developer. He was the one that did the remodel on the Washington Shoe and Collins buildings. He was instrumental in purchasing the Smith Tower and building the parking garage. It was a huge period of growth for us, and the Foundation increased its wealth. We were able to further grow through new leases because the buildings that were handed to the Foundation had few tenants. The only tenant they had would maybe be one or two on the ground floor. All the upper floors were empty because Sam just didn’t want to deal with the hassle of tenants anymore. He didn’t need the money and just wanted to have a peaceful farm life. As we began to manage the properties, it led us to a period of a lot of decision making and growth. The first ten years were really the most exciting time for me.

Could you tell us about your personal Jewish journey?

I’m a Sephardic Jew just like Sam. I’ve always been involved in my synagogue, and I was Treasurer for a whole bunch of years, as they couldn’t find anybody else to be Treasurer. I was the only CPA in the synagogue, so I got stuck with it. I never got involved in the Jewish Federation, or any of these other things because Samis kind of took all of my energy.

A couple times, once or twice I think, I went to the Island of Rhodes where my family is from. I went to my mother’s house and peeked into the window there and I went to the synagogue and Friday night services. I’ve also been to Israel, maybe half a dozen times over the years on different trips. I have a brother that lives in Tel Aviv, Israel.

One of my big regrets, it might be one of your regrets, I think it’s everybody’s regret, that you never really talked to your parents about their own history, and I always regretted not asking my dad more about the Island of Rhodes. My mother came here when she was five years old, so she didn’t really have a memory of the place. But my dad was 18 or 19 years old when he left, so he certainly remembered what it was like. I wish I had asked more questions.

We have three areas of philanthropy. Day school education was our first emphasis. Our goal was to help the day schools and I think we’ve done a lot for them over the years. My three kids went to the Seattle Hebrew Academy. It was nothing like it is now. It was just a plain old school and there was no assistance for kids with learning difficulties. They just didn’t have the means to provide for kids other than services to the average Jewish kid. With Samis’ support over the years, that’s not the case anymore. After day school, we started to support camping and then Israel experiences. It’s all very important.

Our work in Israel doesn’t resonate with me as much. Truly, I mean in Israel we’re such a small player, just a blip on the map. With the Israel philanthropy he was very, very specific in his beliefs. He would never spend a dime for a Jew to go to any other country but Israel. For instance, if we wanted to help the French do something forget about it, he wasn’t interested at all. He was only interested in getting people to go to Israel and funding his specific areas.

We’ve always asked, now for 25 years, what would Sam do, or what would Sam think. That’s always what we would ask at board meetings when we had a dilemma. And even now we really do think about what Sam would think. Some of these things in the Orthodox community now, he wouldn’t even know what to think, because he wasn’t an observant Jew.

Where do you envision the Seattle Jewish community 10 or 20 years from now?

That’s a difficult question. Hopefully the day schools will be stronger and serving a lot more students. Hopefully there will be more alternatives available outside of day school, such as camping and Israel experiences. I hope that Samis will continue to play a major role in the community but in a different way than in the past because now we’re also looking for philanthropic partners to join us in supporting Jewish education in Washington. I just hope everything in the future will improve and be in a better position than it is now. 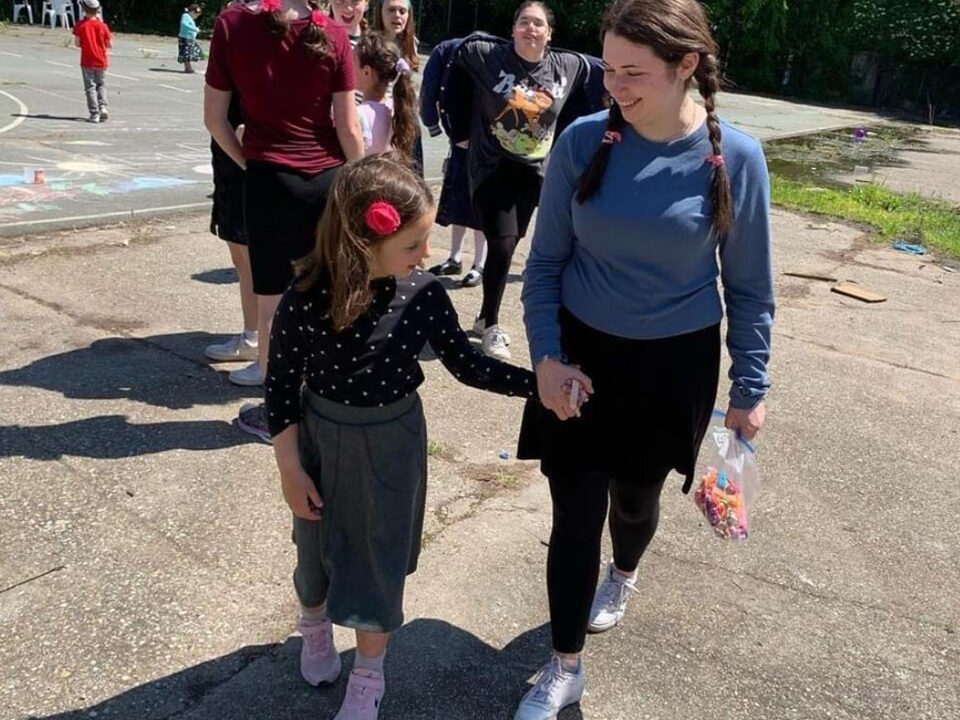 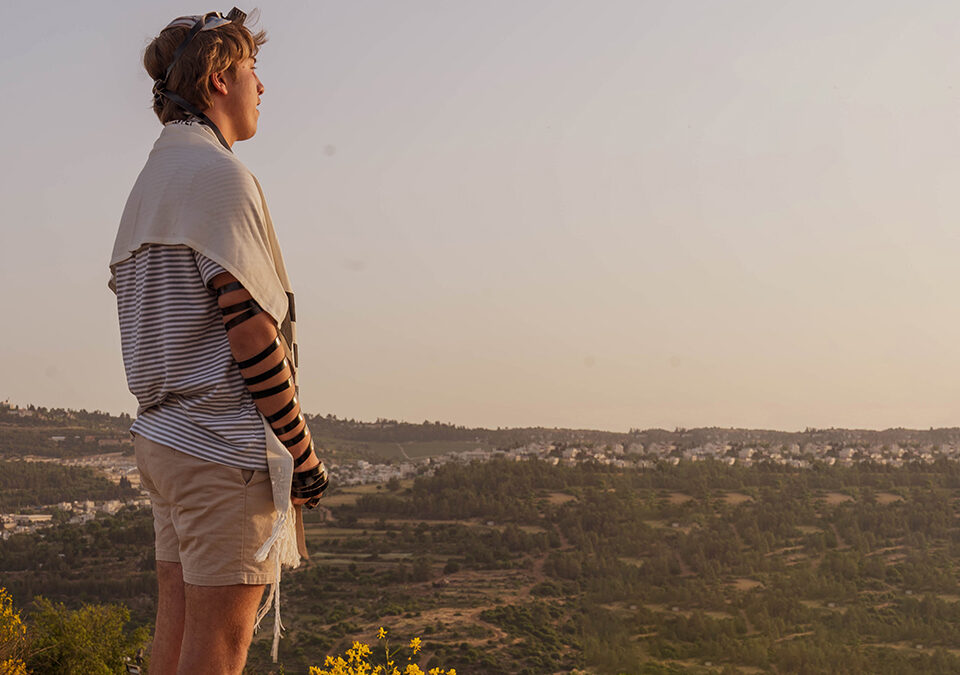 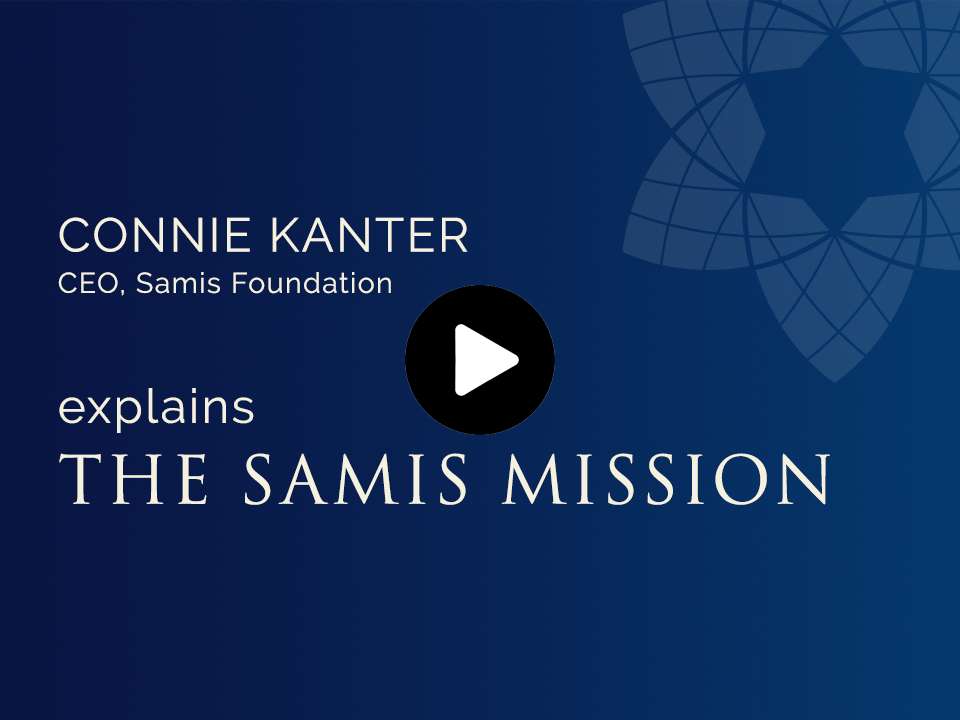